Just a short video, but good footage of splitting lanes

I took a few months off to finalize the print book (get it in paperback as well as Kindle here), as well as dive into spring and early summer.

I also had to do some fancy footwork at the office, because they’ve been downsizing, and I needed to really bring it, to remind folks that I add value every day… and keep the paycheck coming in. Maybe it’s just me, but I like having a roof over my head and food on the table.  Plus, they’re easing out folks who are 50+, and in less than a month, I will fit that description, so it was time to reprioritize and kick into high gear.

To be honest, I haven’t done much serious traveling for months, and watching all the videos of motorcycles and Paris was just more reminders that I’m not on the back of a bike in France. I don’t miss the job that took me to Paris, several times a year. Doing that trip in the middle of winter is no fun. But I do miss Paris… it grew on me.

So,the box of books arrived in the mail last week, and I just opened them up yesterday (they were sitting in the back seat of my commuter car, just waiting for the right time). Holding the results in my hand, after months and months of work on it… well, that’s quite a feeling. 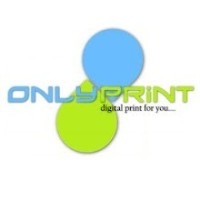 Home is where our story begins.

Meditations on Philosophy, Strategy, and Life

THE MIND OF RD REVILO